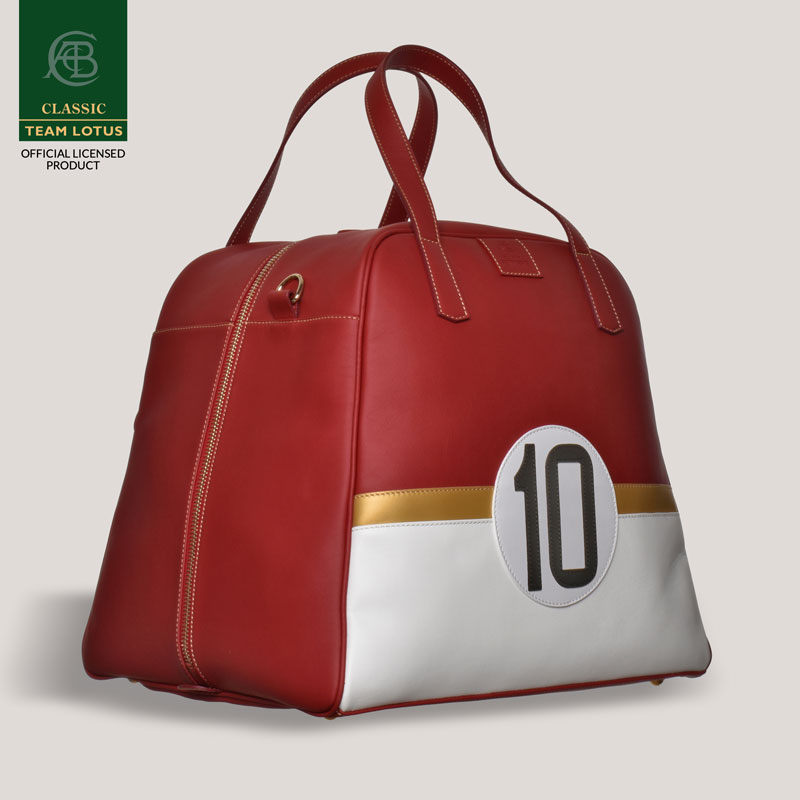 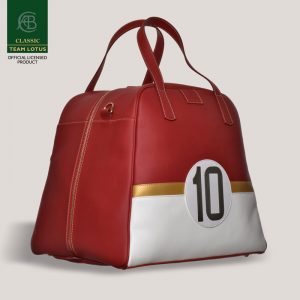 We are proud to present the second addition to the ‘Heritage Motorsport Collection’ the Lotus type 49 Heritage Helmet Bag. This stylish Bag was designed by Jordan in close connection with Clive Chapman, Managing Director of Classic Team Lotus, and son of Colin Chapman, and is the latest creation in a 14-year official partnership between the two brands.

This stylish functional Helmet Bag has been designed to accommodate any size Helmet with a HANS device attached to the Helmet for ease of use at the circuit – outer zipped pocket for race licence, earphones & accessories.

A trademark element of every Simon Jordan design is a vivid, extravagant interior lining that adds character and personality to every piece of luggage. The Gold Italian flock quilted material used for the Lotus Type 49 Helmet Bag represents the iconic original Gold Leaf Team Lotus colour scheme, contrasting perfectly with the exterior styling. 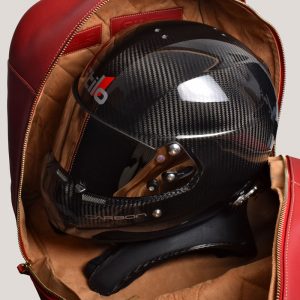 THE COLOUR WAY DESIGN AND LOOK

This latest Jordan Bespoke Helmet Bag takes inspiration from Colin Chapman’s Lotus type 49; the greatest ever step in F1 performance,  The result is a Helmet Bag which celebrates this famous racing car, captures the spirit of the late 60s, celebrating the iconic historic motor racing era

As with all Simon Jordan creations, client-led bespoke options are available. In recognition of the time when car numbers changed from race to race, customers can choose to have their Helmet Bag customised with a number of their choice. An owner may choose a significant number to them, such as a birthday, or perhaps to depict the number displayed on their own racing car.

A subtle design feature of the Classic Team Lotus type 49 Heritage Helmet Bag is the monogram embossed on the zip pulls, luggage tag and matching key ring. The ACBC monogram was created by Anthony Colin Bruce Chapman who chose to incorporate his personal monogram within the original Lotus logo.

Simon Jordan Founder of Jordan Bespoke, said “Working with Classic Team Lotus and the Chapman family to create this Classic Team Lotus type 49 Helmet Bag was a genuine honour and privilege. Together we have created a luxurious Helmet Bag which respects the contribution Colin Chapman made to motorsport with the type 49, and the unrivalled talent of its drivers. Despite its obvious motorsport connections, the Helmet Bag offers a stylish bespoke piece of luggage to anyone who has an eye for detail and a passion for quality and design.”

Clive Chapman, Managing Director of Classic Team Lotus, said “Classic Team Lotus tries its best to celebrate the history of Team Lotus.  I am privileged to work together with an outstanding team of mechanics to preserve the famous cars that established the Lotus legend.  Classic Team Lotus is delighted to have joined forces with Jordan Bespoke to realise this practical and desirable Helmet Bag in the highest quality which captures the Team Lotus identity in such striking style.  I am confident it will prove to be an emblem of Team Lotus history which will appeal to proud Lotus enthusiasts worldwide.”

TRAVEL IN STYLE – ENJOY THE JOURNEY – EXPLORE THE POSSIBILITIES…Our passion, crafted for life 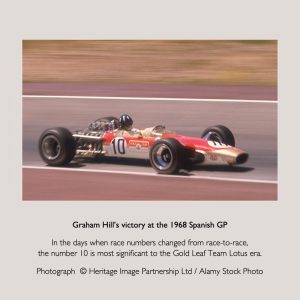