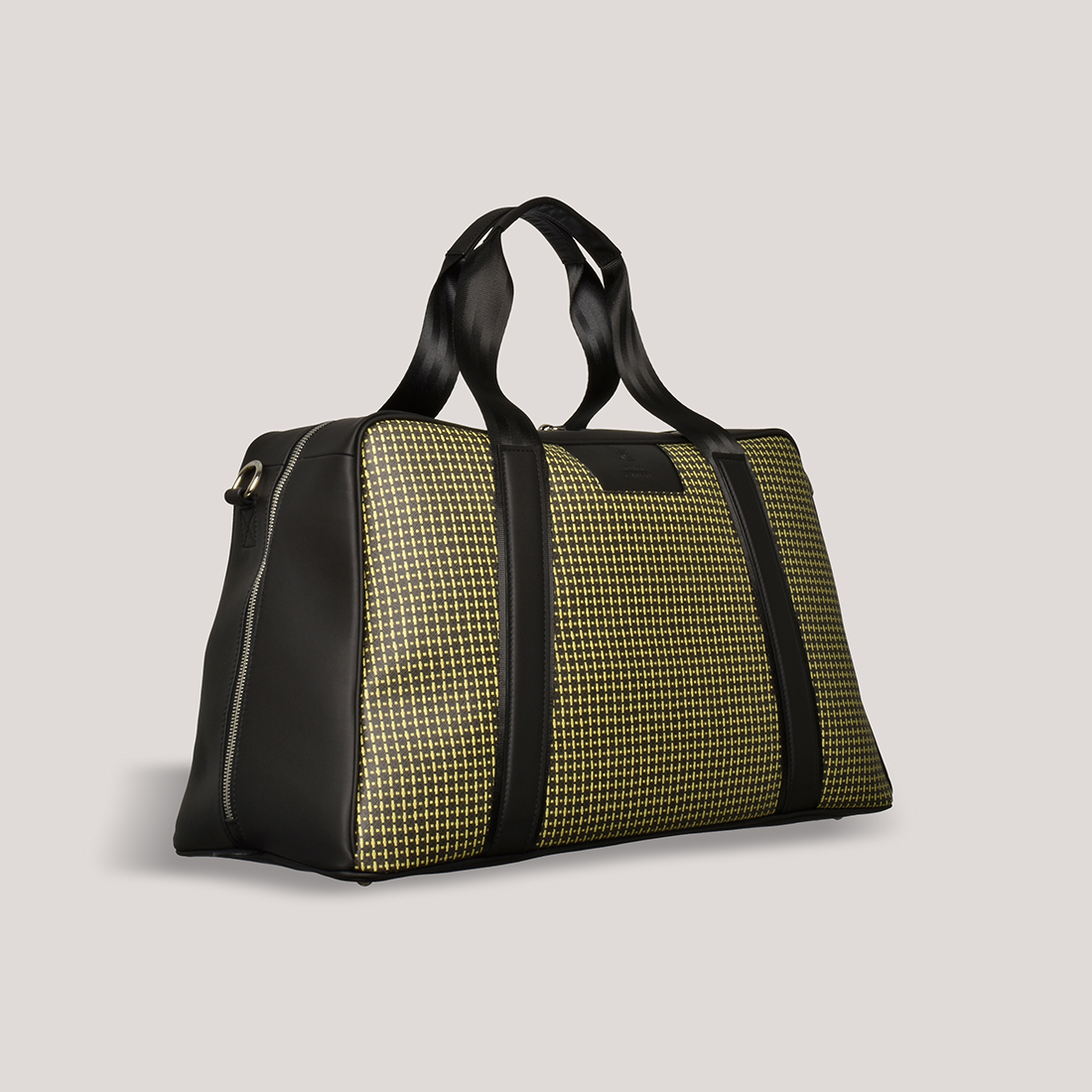 We are proud to present the Team Lotus type 88 Heritage Holdall, the third addition to the ‘Heritage Motorsport Collection’. This stylish holdall was designed by Jordan in collaboration with Clive Chapman, Managing Director of Classic Team Lotus, and son of Colin Chapman, and is the latest creation in a 13-year official partnership between the two brands. 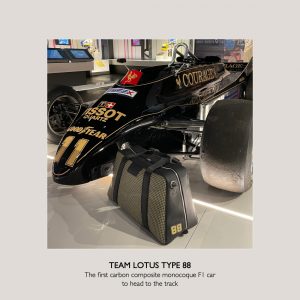 The result is a holdall which celebrates this famous Formula One racing car, its technical advanced engineering excellence, captures the spirit of the late 80s and celebrating the iconic historic motor racing era.

When we talk about attention to Details, Passion and Technical thought for the work we do, this latest item certainly covers these aspects that we are very proud of:

Classic Team Lotus has commissioned a Special Edition of 88 holdalls.

Owners can take pride in their appreciation of the revolutionary Lotus type 88 and the pioneering spirit of Team Lotus.

Our passion, crafted for life

A subtle design feature of the Classic Team Lotus type 88 Heritage Holdall is the monogram embossed on the zip pulls, luggage tag and matching key ring. The ACBC monogram was created by Anthony Colin Bruce Chapman who chose to incorporate his personal monogram within the original Lotus logo. 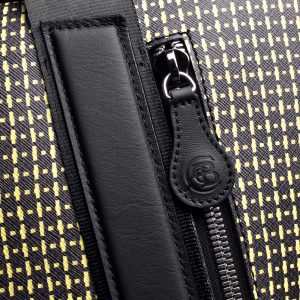 Simon Jordan Founder of Jordan Bespoke, said “Working with Classic Team Lotus and the Chapman family to create this Classic Team Lotus type 88  bag was a genuine honour and privilege. Together we have created a luxurious holdall which respects the contribution Colin Chapman made to motorsport with the type 88, and the unrivalled talent of its drivers. Despite its obvious motorsport connections, the holdall offers a stylish bespoke piece of luggage to anyone who has an eye for detail and a passion for quality and design.”

The Black & Gold weave was especially appropriate for the type 88 when, after the demise of Essex Petroleum, it was re-liveried in the iconic Black & Gold colours of sponsor John Player Special, in place of the original livery of blue, red and silver.

This bespoke item of luggage HAND MADE IN ITALY recreates the distinctive criss-cross Carbon/Kevlar weave and features the highest quality materials and craftsmanship.

Lotus 88 and the British GP

The Lotus type 88 was a controversial design; not because of its composite monocoque but rather its even more radical twin-chassis concept.  The Lotus 88 was entered for the first three Grand Prix of the 1981 season, but did not make it beyond practice, due to scrutineers and organisers coming under pressure from the FIA.

Colin Chapman hatched a plan to enter the car for the 1981 British GP as a ‘B’ specification of the type 88, reasoning that the home Grand Prix for Team Lotus and Nigel Mansell, organised by the Royal Automobile Club, would be the environment in which his famous powers of persuasion would be most likely to succeed.

Team Lotus presented three type 88Bs for scrutineering and when they were passed it seemed like things were going to plan.  Then the FIA weighed in and threatened both Team Lotus and the RAC with extreme sanctions if the Lotus 88 was allowed to participate.  To Colin Chapman’s fury the battle was lost.

As the Team Lotus mechanics braced themselves for an ‘all-nighter’ to convert one of the 88s into type 87 specification, Colin Chapman insisted that the three 88s be lined up in the pit lane for a poignant last photo.