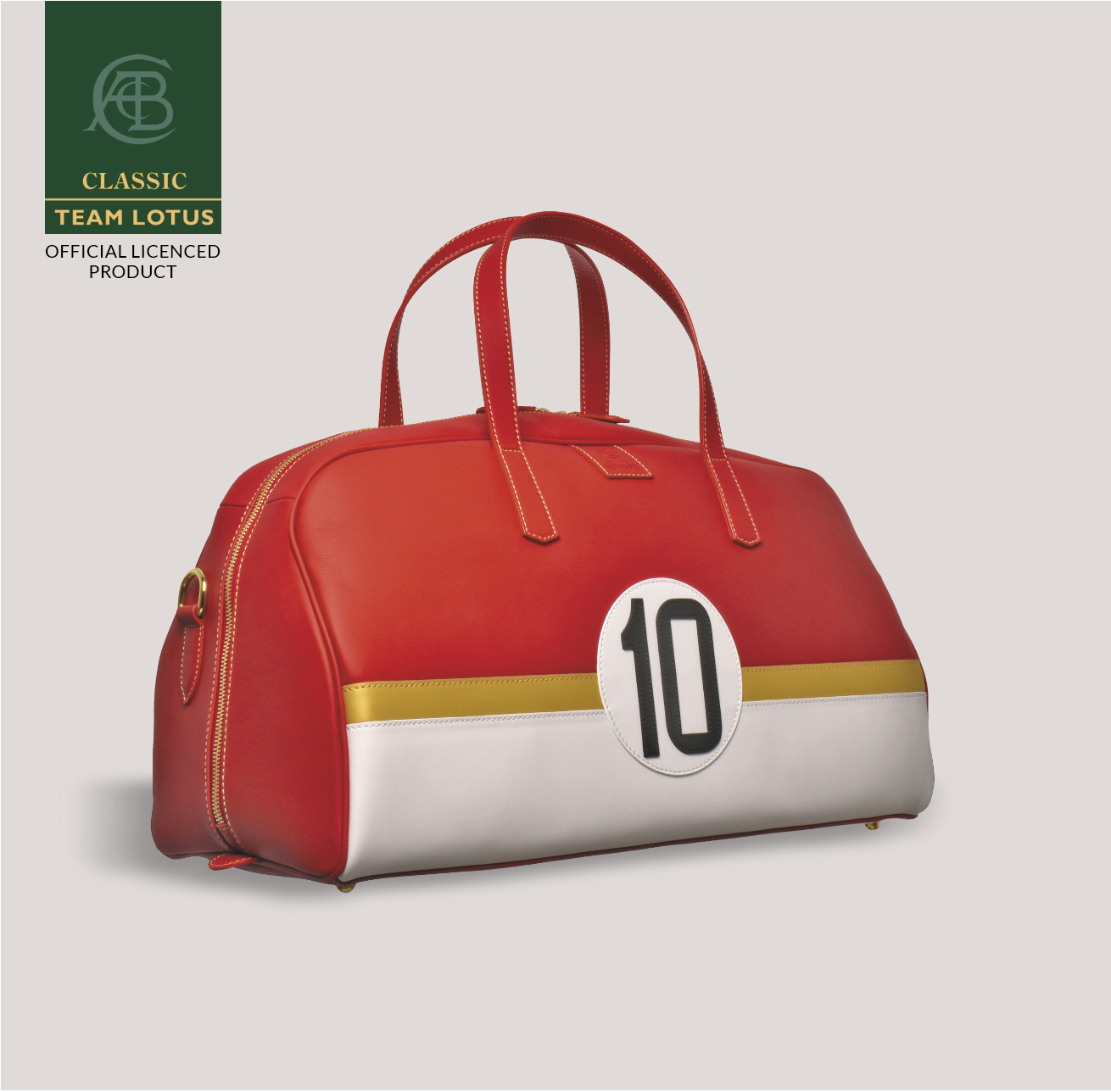 We are proud to present the second addition to the ‘Heritage Motorsport Collection’ the Lotus type 49 Heritage Holdall. This stylish holdall was designed by Jordan in close connection with Clive Chapman, Managing Director of Classic Team Lotus, and son of Colin Chapman, and is the latest creation in a 13-year official partnership between the two brands.

This latest Jordan Bespoke bag takes inspiration from Colin Chapman’s Lotus type 49; the greatest ever step in F1 performance,  The result is a holdall which celebrates this famous racing car, captures the spirit of the late 60s, celebrating the iconic historic motor racing era

A subtle design feature of the Classic Team Lotus type 49  Heritage Holdall is the monogram embossed on the zip pulls, luggage tag and matching key ring. The ACBC monogram was created by Anthony Colin Bruce Chapman who chose to incorporate his personal monogram within the original Lotus logo.

Simon Jordan Founder of Jordan Bespoke, said “Working with Classic Team Lotus and the Chapman family to create this Classic Team Lotus type 49  bag was a genuine honour and privilege. Together we have created a luxurious holdall which respects the contribution Colin Chapman made to motorsport with the type 49, and the unrivalled talent of its drivers. Despite its obvious motorsport connections, the holdall offers a stylish bespoke piece of luggage to anyone who has an eye for detail and a passion for quality and design.”

Thank you for choosing a Jordan Bespoke Item.

We design and manufacture leather goods & accessories to perfection with passion – attention to detail is always reflected.

We are proud of each and every piece that’s been created in our tuscan factory. We offer a lifetime guarantee on our stitching, zips and metal parts.

HAND MADE IN ITALY

Each Item can be personalised making the article Unique & Memorable with the following custom options; 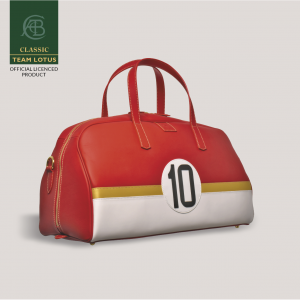